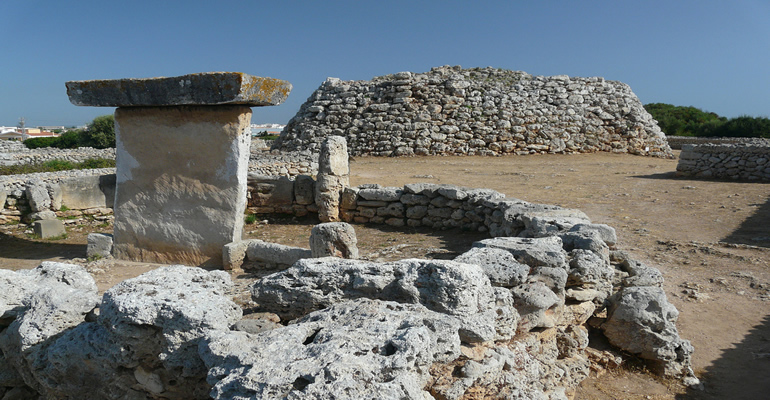 In the south is a centre of worship with the biggest “taula” (altar) on the island. You can admire five Talayotic houses of different types.